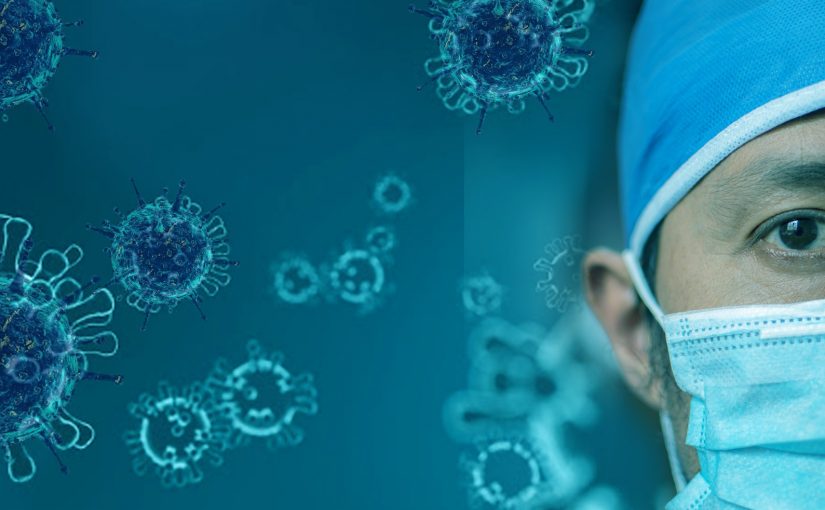 We are at war! This is a worldwide war! It is not a war of nations against nations. This time, the world unites against a common enemy. The enemy is attacking mankind without regard to race, social status, religions, ideologies, and ages. The enemy is COVID-19, a pandemic which claims thousands of lives and has inflicted millions of people around the world.

The world was caught by surprise. World’s super powers did not expect how destructive the enemy can be. They downplayed and belittled the power of the enemy. They have proven to be wrong. Swiftly, the enemy attacked while the world kept on its normal ways. The effect is phenomenal. The enemy has immobilized humanity’s activities. Industries came to a halt. Sports and leisure are suspended. The hustle and bustle of daily activities was kept silent. People are put on lockdown and are commanded to stay home to stay safe. The Leaders of all nations are facing a blank wall as to how to win this war. There is no solution in sight. The world is in darkness and there is no light insight. Vaccine is still to be found.

This is a war which is difficult to win. The enemy is invisible. It has no military weapons to speak of but deadly in its mission. The enemy has no motive in going to war like a conquering army. It is not interested in invading territories, wealth or people to enslave. The only mission is to kill.

During the time of Prophet Elisha, Israel was at war with Syria. There was no occasion when Syria won in battle against Israel. Israel was always steps ahead of Syria. The king of Syria suspected that there were spies within their ranks.

Then, he was told that it was the Prophet Elisha who foreknew their plans. He sent troops to arrest Elisha. They surrounded the city of Dothan where Elisha resides.

Geizi, Elisha’s servant saw that the Syrian army has already surrounded them. He rushed to Elisha to warn him of the imminent danger they face.

He was so frantic and confused, that he asked Elisha, “Alas. my master! What shall we do?” Elisha calmly answered him, “Do not fear, those who are with us are more than those who are with them.” We can see that the man of God remains calm and composed in times of trouble. Elisha could have decided to escape, surrender or give them a fight. Rather than doing that, he seek the Lord and prayed, “Lord, I pray, open his eyes that he may see.” He was asking the Lord for Geizi to see what he can see. The Lord answers the prayer of the man of God.

Lo and behold, Geizi saw that there is a great army, in horses and chariots of fire on top of the mountain, surrounding the Syrian army. We note that Elisha had great confidence as David when he was surrounded by his enemies. ” Though an army may encamp against me, my heart shall not fear; though war should rise against me, in this I will be confident.” (Psalms 27:3) He trusts that God is with Him. He is the Lord of Hosts who is mighty in battle. He knows that at God’s command, the vast angelic army can destroy the enemy in no time at all. Those powerful army, is the Mahanaim of God, His double hosts. (Genesis 32:2)

So, when the Syrian army went down to him, He prayed and said, “Lord, strike them with blindness.” And the whole army became blind. It was not that they actually loss their sight. It was a state of illusion.

They were seeing a different place and different people. They did not recognize the place where Elisha lives, much more recognized Elisha. So, Elisha went to them and told them that they are in the wrong place, and that he knew where the man they were looking for can be found. At that time, he was out of Dothan and on his way to Samaria. He guided them to the camp of Samaria.

When the Syrian army came to Samaria, they were surrounded by Samarian army. Elisha again prayed that the Lord open their eyes and it was so. Finally, they were all captured. However, they were not killed. Instead, a great feast was given to them as Elisha had advised the King of Samaria as to how they should treat the prisoners of war. They were then sent back to Syria. From then on, the Syrian army stayed away from Israel.

It is important that at this time where the CORONA VIRUS PANDEMIC is everywhere, we need to see that God is greater than any and all of those destructive elements. Let us pray that same prayer of the Prophet Elisha, “Lord, open our eyes that we may see.” May all of us see that there is God. He is El Elyon, the Most High God; El Olam, the Everlasting God; El Roi, the Strong One Who Sees; El Shaddai, Lord Almighty; Elohim, God of Power and Might; Jehovah Jireh, the Lord will Provide; Jehovah Sabaoth, the Lord of Hosts; Jehovah Rophe, the Lord who Heals! He is our Lord God and Savior, Jesus Christ!

How can we see the things which are invisible? Let us see them through the eyes of faith! “Faith is the substance of things hoped for, the evidence of things not seen.” (Hebrews 11:1) With faith we are waiting for good things that will happen in the future. We have seen that we cannot put our hopes in the things of the world. Money, fame and knowledge cannot save us. We cannot depend on anybody. Our hope is in Christ our Savior. Let us put our hope in Him. Let us accept that we cannot save ourselves. It is only Him, Jesus Christ who can save and deliver us from all these troubles. His encouraging words speaks to us today, “These things I have spoken to you, that in Me you may have peace. In the world you will have tribulation; but be of good cheer, I have overcome the world.” (John 16:33)

Know that there is a greater battle that we are in. This has been going on since the beginning of time. It is a spiritual battle. Satan is our enemy. His intention is to enslave and finally kill us. The Bible says, “Be sober, be vigilant; because your adversary the devil walks about like a roaring lion, seeking whom he may devour.” (1Peter 5:8) If we fear physical death that we stay home because of the pandemic, we should greatly fear spiritual death. Satan, the roaring lion, is out there to attack us anytime. “There is a lion outside! I shall be slain in the streets!” (Proverbs 22:13). Let us understand that Satan is roaring just to instill fear in us. It is his only weapon. If we fear him, we will submit to him and be enslaved. How can we win this spiritual battle against the attack of the devil? “Therefore, submit to God. Resist the devil and he will flee from you.”  (James 4:7) We cannot win this battle alone. There is only one way, and the only way  is Jesus Christ. He is telling us now, “I am the way the truth and the life.” (John 14:6) We should submit ourselves to Him, the King of Kings, Lord of Lords, Jesus Christ. Christ is our big brother who will defend us against the devil. If we have Christ as our Lord, the devil cannot harm us, because we are under the care of the mighty hands of God.

If we have not submitted ourselves to Him, I encourage you to do so. Pray for the forgiveness of your sins. He loves you and will forgive you. If you have strayed away from the faith and backslid like the prodigal son, come back to Him. He is waiting for you to come home in His Church. He will receive you with open arms because He loves you. His love will take away all your fears. (1 John 4:18) You will live in peace and in the assurance that God will always be with you. (Hebrews 13:5)

Finally, while we live in these trying times, let us focus our eyes on Christ Jesus to win our battle, whatever battle we are in. He is our champion whom we should follow. (Hebrews 12:2) He will give us the strength to persevere. If we do, we shall also be victorious! We shall be more than conquerors because of the love of Christ.

“Who shall separate us from the love of Christ? Shall tribulation, or distress, or persecution, or famine, or nakedness, or peril, or sword? As it is written: “For Your sake we are killed all day long; We are accounted as sheep for the slaughter.” Yet in all these things we are more than conquerors through Him who loved us. For I am persuaded that neither death nor life, nor angels nor principalities nor powers, nor things present nor things to come,  nor height nor depth, nor any other created thing, shall be able to separate us from the love of God which is in Christ Jesus our Lord. Romans 8:35-39

God bless us all. I agape you, God Knoweth!